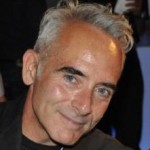 An ex-Catholic priest and retired CFO. I started blogging in 2004 when blogs were novelties. Folks took notice. I was not looking for work, but when the Henry Luce Foundation asked me to be their writing coach and web editor, I was happy for the job. My office had an expansive view of the East River and Brooklyn (and, it was adjacent to the kitchen in which there were four different types of M&Ms in cut glass jars!) I then wrote for South Florida Gay News  where I had 250+ pieces published online and in print. (I took great delight in picking up that paper at my local Starbucks, CVS or 7/11 to inspect my cover piece on gay truckers, for example.) Writing for Pride (later PrideLife) magazine was a source of personal pride. Those pieces were longer and more complex. I’ve been featured on a number of different blogs over the years. (I even had an advice column on Bilerico for a couple of years!) Via writing, I became a tour guide for HEtravel.com. I have hosted their white water rafting tours in the Grand Canyon seven times.  Armed literally with both Pfizer shots, I am again on the move.