Why bad self talk is killing your gains.

Ever wondered why you hear shouting in the gym? Think big. Why is the person doing a ridiculous squat shouting at the top of their lungs? Is it just to do with breathing, a maximum intake of air to help push through the rep or is it something more? There is almost always a reason for things beyond what we might assume. When lifting a disproportionate amount of weight, most people will tell you that it feels like mind over matter in the same way a parent will lift a car to save their child.

The reality is that the body has many limitations in place to stop us from overloading and damaging ourselves. This is at something of a natural contradiction with our desire to get “buff”, as it requires consistent overload to rip muscle fibres and have them reform stronger and bigger than before.

So back to our example in the gym. When someone shouts, it is usually a huge internal flush of “I can” which temporarily taps into our reserves of power that would otherwise be restricted by our bodies to protect us. This is also the reason why those who lift extremely heavy weights are more prone to injury as they are literally pushing their body to the edge of what it should let them achieve and doing with incredible shows of will.

How may this information help the average person like you and me? For those of us who don’t want to look like Mr Olympia or even a fitness model but still want to put on some mass, there is truth to gleam. Often people who have aspirations of the “perfect” gym body may not realise their goals regardless of their strict diet and attendance.

The reason is that, usually when we feel like we have “nothing left in the tank” we do, and usually much, much more at that.

Broadly speaking, muscle gain works through a process of shocking the muscle into the state where it has no choice but to become stronger for the systematic overload. To actually shock the muscle is HARD, far harder than some would assume. When we see some people doing 10 pushups for a few sets and feeling like their muscles are tired may not actually be getting much out of their workout because they have not successfully shocked the muscle.

By being able to go to your perceived limit and then begin to train the mind that you have more than you feel is necessary to get everything you can out of every workout and every set and even rep.

Essentially, you must believe that your body is capable of exceeding its limitations in order to achieve the appropriate levels of muscle shock. This does not mean overdoing yourself to the point of damage, but rather a positive mind-set that you’re capable of something greater.

It is in those extra sets and reps that the muscle is truly able to be overloaded so that progress can be made as quickly and efficiently as one would want. So next time you are at the gym, try shouting yourself through the set and see if you do even one more rep, because that is what will make the difference. 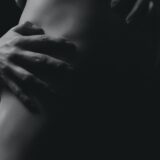 Sexercise To Exercise: Spice Up Your Sex Life

Let's spice up your sex life and your exercise regime. It would be fair to say that sex is fun for the majority but it may feel like a good workout. 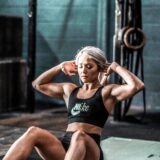 Exercise benefits are many and varied. 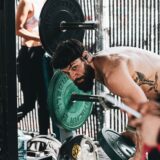 6 Tips for a Better Body Sooner

Are the desired results proving elusive even though, month on end, you’re putting in the hard yards? Here are 6 tips for a better body sooner. 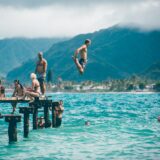 5 Tips To Make Working Out Fun

So it’s time for working out. But what’s that feeling welling up inside, is it excitement? 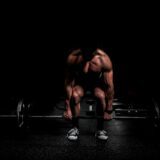 Ever wondered why you hear shouting in the gym? Think big. Why is the person doing a ridiculous squat shouting at the top of their lungs?

Sexercise To Exercise: Spice Up Your Sex Life

Let's spice up your sex life and your exercise regime. It would be fair to say that sex is fun for the majority but it may feel like a good workout.

6 Tips for a Better Body Sooner

Are the desired results proving elusive even though, month on end, you’re putting in the hard yards? Here are 6 tips for a better body sooner.

Working Out: 3 Tips for a Better Body

We have all been there. It’s 7am on Monday and you just spent the last week working out and eating well like you promised yourself that you would.

Exercise benefits are many and varied.

5 Tips To Make Working Out Fun

So it’s time for working out. But what’s that feeling welling up inside, is it excitement?