Handy hints on ways to protect yourself.

Dealing with prejudice is both physically and mentally exhausting, and preventing it is not always possible. Not everyone has the option of quitting a hostile work environment or neighbourhood. There might be things, however, you can do, and resources you can use to cope. What exactly are such instruments? Use this guide to help you understand more about prejudice and ways to fight it.

The sin which is unpardonable is knowingly and wilfully to reject truth, to fear knowledge lest that knowledge pander not to thy prejudices
— Aleister Crowley

What Exactly Is Prejudice?

It’s important to use the right words. Prejudice, racism, and bigotry are often used interchangeably, and there are elements of each of these terms that overlap. When it comes to prejudice, though, it’s important to be aware of some of the finer points. To comprehend prejudice, we must first comprehend stereotypes.

A stereotype is a standardised concept that is oversimplified and commonly held to characterise an individual or community. Stereotypes, a type of social categorisation, are a way for the brain to group information quickly. Prejudice – a preconceived, unfair judgment against an individual, community, or identity – can be aided by stereotypes. Prejudice is created without adequate justification or purpose, and it may be based on characteristics such as the following: race, ethnicity, nationality, gender, sexuality, religion, disability, and age.

Who Is Affected By Prejudice?

According to a Pew Research Center Race in America study from 2019, three-quarters of black and Asian respondents, as well as more than half of Hispanic respondents, have experienced discrimination or unequal treatment because of their race. Unfair treatment, such as being handled suspiciously, being treated as unintelligent, being treated unfairly at work, being stopped unfairly by police, and fearing for their personal safety, was regularly recorded by black respondents. Ethnic slurs were most likely to be directed at Asian respondents.

The majority of adults recognise that disadvantaged communities in the United States face discrimination and racism. In a separate 2019 Pew Research Center poll, 82 percent of respondents said Muslims face at least some discrimination, with Blacks (80 percent), Hispanics (76 percent), and gays and lesbians (76 percent) following closely behind.

How Do You Develop Prejudice Resilience?

You must never try to teach someone who is hostile or prejudiced against you. Fighting prejudice can be compared to putting on an oxygen mask on a plane. If you’re traveling with someone who needs support, put on your own mask before assisting the person next to you. We aren’t doing anyone any favours if we aren’t safe and don’t keep track of our own emotional reserves. To begin building internal resilience against bias and discrimination, experts suggest using the structure below:

Prejudice is everywhere. Not everyone is a victim, but there are plenty of people dealing with it daily. If you are a victim yourself, you must build your own resilience. Also, make sure that you have a support system. If you are alone, it is never too late to find friends and family. 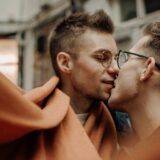 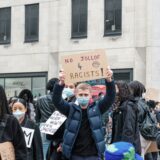