Prejudice: 3 Ways It May Harm a Relationship?

Why can there be prejudice in love relationships?

Many of us associate prejudice with a negative attitude toward people based on any characteristic or group they belong to, such as their gender, ethnicity, sexual preference, age, or religious affiliation. Relationships may face discrimination as well, as society judges couples whose pairing deviates from what it considers to be traditional.

Same-sex partnerships, interracial marriages, and unions with a significant age gap are examples of such unions that have gained attention. On one hand, this might seem a little far-fetched and out-of-date. Marriage equality for gay and lesbian couples is now the law of the US and many other countries, and the majority of people support it. Prejudice against these relationships still exists; it’s just gone into hiding a little more than in the past. Let’s take a closer look at each of these three connections.

There is an 87% interracial marriage approval. On the surface, this number seems to indicate that almost everyone supports it wholeheartedly. But do these poll results really show a near-universal acceptance of interracial dating and marriage? Unfortunately, the answer appears to be no when we search a little deeper. When you ask people how they feel about interracial marriage, you can get a variety of responses.

In principle, 87 percent of people are in favour of it. But what if a family member marries someone of a different race? Just 66 percent of people are happy with it. To put it another way, most people support interracial dating and marriage, but not as much when it happens in their own house.

Even though we’ve come a long way in terms of our willingness to marry and date across racial lines, plenty of people still marry and date in racially segregated ways. Couples that cross racial lines often face problems that mono-racial married couples do not have to deal with. This is why, for example, interracial partners are less likely to display physical intimacy in public in comparison with same-race couples.

Just 55% of people in the US are in favour of same-sex marriage. When we look at this figure in terms of how far we’ve come, it’s likely to seem like a large amount. When we consider the daily lives of same-sex partners, this means that almost half of their peers regard their partnership as invalid and unsuitable for marriage. Furthermore, almost 40% of people believe that same-sex marriages are not only ineligible for marriage, but also unethical.

Unlike many heterosexual couples, same-sex couples face the stigma of being unable to form a profoundly intimate, long-lasting bond. They will have to decide whether to expose their relationship to family, friends, and coworkers, risking ridicule and rejection, or to hold on to acceptance and keep their relationship a secret.

Those who love and marry across a larger age gap can face social difficulties that are not experienced by couples of similar ages. They are particularly vulnerable to cynicism and stereotypes. Relationships with significant age differences, for example, are thought to be doomed to fail, and that the pair may be too dissimilar to find common ground and succeed together.

There are plenty of prejudices when it comes to types of love relationships in the present. Even though plenty has been done to eradicate this kind of behaviour, as you just read, there is still much to do. 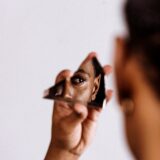 Do you Have a Toxic Relationship? How To Know and 5 Ways To Leave 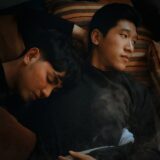 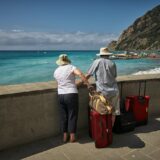 Challenges of Traveling as a Couple: 4 Important Tips To Avoid Disaster

Traveling as a couple can pose challenges of traveling and obstacles that cannot be met alone.

Successful Couples: 7 Benefits of Traveling as a Couple

Successful couples know that traveling with your loved ones opens up new experiences and cultures.

10 Travel Tips You And Your Partner Need To Know

Now that you are planning your first trip with your partner, what will you do?

Holiday Hints: 10 Must Do’s For A Successful Holiday With Your Partner

Vital holiday hints for traveling with your loved one. It is an essential step in any relationship taking courage and patience.