It’s not easy, but love can actually pull you through

It is important from the start to make sure you understand I am referring to relationships that have become long distance (due to circumstances beyond the control of either party), rather than an internet relationship. The difference is very significant. An internet relationship is one where neither person has actually met the other. The long-distance relationship to which I refer is where the couple know each other, have met each, however have been prevented from seeing each other, due to outside forces – for example Covid-19 and border closures.

Australia’s hard border closure was swift, uncompromising and two way. Non-Australian citizens wishing to apply for a visa on compassionate grounds must prove their relationship status. This process, administered entirely by the commissioner with no ministerial intervention or attention allowed, is invasive and inflexible. In the case of a gay male couple, they rarely have joint bank accounts, have both names on a lease or, in the case where one is not out of the closet, no public happy couple type photographs on Facebook (if at all). The nuance is beyond the comprehension of the public service and something incredibly difficult to portray or share to someone you don’t even know. If you do find yourself in this situation however, there are some handy hints on how to keep the relationship alive and deal with the loneliness.

1 – As you would probably suspect, communication is the absolute key. Depending on your personal situation, communicating daily is best. This doesn’t need to be an extra-long telephone conversation or constant texting or chatting on WhatsApp, but it does need to be regular and somewhat substantive. Share what you have been doing in the preceding hours, what’s coming up for the day, and any special outing you may be going to have in the following few days. Essentially try to live the life you had but with words and pictures instead of actions.

2 – Share lots of pictures. This allows your other half to see what you are doing, have been doing, and basically living vicariously through you, and you through them. A good series of interesting pictures also sparks conversation. It is particularly important to take pictures if you go out. Transparency prevents jealousy. The mind plays some rather terrible games when trust is all you have between you.

3 – Set guidelines and be honest with each other. It is unfair and foolish to think that either of you will remain faithful over a long period of separation. This does not change the love between you, it is simply feeding your basic primal urges. It is up to you how you wish to handle it, but once you have discussed and agreed to a set of rules, stick to them. Also, be willing to change these rules at any time, should either of you feel uncomfortable.

An estranged lifestyle is challenging, emotionally draining and exceptionally hard work. If you truly love each other, you will work through it and your relationship will survive. Tell your partner you love them, daily. Say good morning as if they were waking up beside you. Say goodnight like you would if they were with you. Give allowances freely for the occasional bad mood or irrational bouts of behaviour. Be supportive of what they are doing and try very hard not to show jealousy, flippancy or disgust. Relationships are difficult enough without being hours away from each other, with the only chance of their return being in the hands of politicians. Be strong and you will survive. 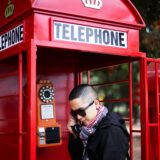 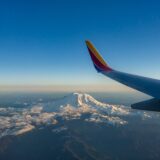 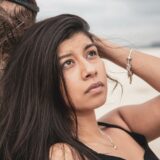 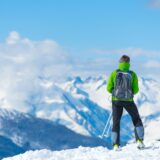 7 Tips To Maintain A Relationship When Traveling Solo

When you are in a relationship, the prospect of being apart for a long time can limit the way you enjoy it. 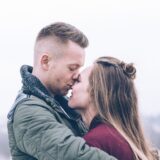 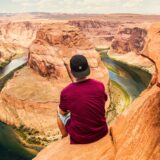 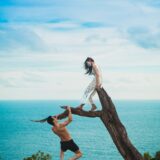 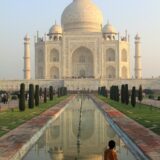 Traveling abroad with your partner can change your way of life from the very first trip together!