3 tips to deal with family problems.

The family pressure put on each other for the most mundane task often exceeds anything a friend would even think of trying. Because these may be the people who know you the best, your parents and siblings are uniquely placed to know which of your buttons to push when they want something and vice versa. The guilt tripping, calling in favours, passive aggressive behaviour, or outright demands can be incredibly difficult to resist. It is important to draw a line though, between what you are prepared/have time to do and what would cause you stress, anxiety, or any other issues.

You can not change your relations behaviour, attempting to do so will only lead to frustration. Perhaps you are their superhero, up on a pedestal who always pulls a rabbit out of the hat. Alternatively, you may be the one who never complains, but gets things done, no matter what it costs you. Either way, if you don’t set boundaries and manage your parent/s and/or sibling/s expectations, nothing will ever change. If you can’t attend a party due to a deadline, say so and stick to it.

Do not then arrive late, the expectation will be that if you ever have the same issue, you will simply do the same thing. You may even get nothing but snide comments for being late. Even if in reality you worked yourself into the ground as a one off. Even when the guilt tripping or pleading eyes start, once you have drawn a line you need to follow through on what you are, or are not prepared to do. There will be times when you want and need to compromise, however, while you are establishing boundaries it is best to stay firm.

Everyone can be passive aggressive at times, you need to try and avoid doing this yourself, as well as neutralising this behaviour in your family. When parents or siblings start indirectly expressing negative feelings, instead of openly saying them, act as if they have actually said what they are implying. If someone has cleared their throat, or raised an eyebrow to indicate disapproval, then address that.

You will need to be calm as you do not want to make your relative/s feel like they are in a confrontation. This will only lead to them going on the attack or defensive which will not help. Take a moment to think about how you could diffuse the situation. The more often you address this type of behaviour, the less often it will be used, as it is not achieving the desired result.

There will be times when you need to bow gracefully to pressure in order to avoid an argument, however, you do not want to make this a habit. If you always give in, then your family will learn to keep pushing until you agree to do what they want. If this is already the norm, then start small. Say no to insignificant requests – even if you could do them, in order to build up to the bigger one’s. Ensure there is a balance between what you all do for each other.

Ultimately, pressure often works both ways, you may be just as guilty of sky high expectations as your family. The next time you are about to ask a favour or make a request, ask yourself if you would be prepared to do it. If the answer is yes, but I wouldn’t be happy, then rethink the request. If you are not putting pressure on your parent/s and sibling/s then it is reasonable to expect the same in return. More significantly, you can defend your right to say no and resist family pressure once and for all. 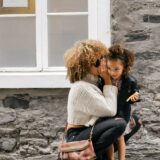 Family Lessons: 5 of The Best Ones

Love them or loathe them, your family lessons will teach you life lessons. 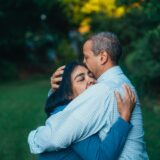 With family pressure, it is important to draw a line between what you are prepared to do and what would cause you stress. 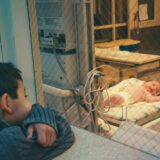 Sibling Love: Learning How to Do It Effectively 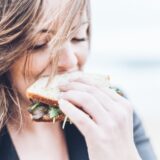 5 Lessons For The Sandwich Generation

The option to have children later in life and an ageing population has led to a new sandwich generation. 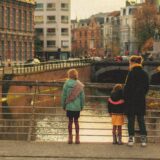 3 Ways To Cope With Demanding Parents

No relationship is ever perfect, however, it is possible to find ways to improve time spent with demanding parents.

3 Steps To a Better Family Life

All families are unique but these 3 steps could really make a better family life.